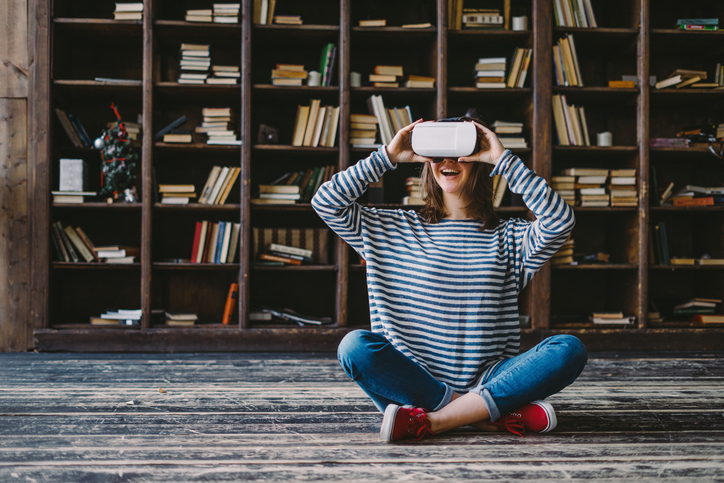 You’re probably already familiar with the idea of smart home technology. Maybe you’ve invested in voice control or smarter energy, hooked up whole house audio, or splashed out on smart security. So let’s tell something you don’t know.

Here’s our prediction for three tech trends making their way to homes soon.

Even if you don’t know much about IoT technology, you’ve probably experienced it. IoT is all about connecting ordinary objects to a computer network, to make them ‘intelligent’.  Ultimately, it’s about seamless, touchless, integrated technology.

From thermostats to lightbulbs, IoT technology is already changing the way we control our homes and manage our energy consumption. According to a study by the Consumer Technology Association, IoT could save up to 100 million tons of CO2 emissions, and reduce energy consumption by up to 10 per cent per household.

Meanwhile voice-activated home devices like Amazon Echo’s Alexa and Google Home integrates with your other devices, systems and apps, so you can turn on lights, control your heating, play music and search the web without lifting a finger.

Touchless yes, but seamless – not quite. In truth, IoT technology in the home is still relatively embryonic. But change is afoot. After a successful Kickstarter campaign in 2015, US start-up AdMobilize built and launched Matrix last year. Billed as “The world’s first smart home app ecosystem”, Matrix is basically a central hub for all of your smart devices. It downloads apps just like your smartphone and connects all of your smart systems together, to give you hundreds of capabilities within your home. It allows for voice and sensor control, meaning it’s completely touchless – so you can turn off your lights with a hand gesture, play music via voice command, or turn on your shower just by getting out of bed. Seamless, touchless home tech – welcome to the future.

3D printing is already widely used in many industries, from car manufacturing and architecture to life sciences – and while it’s not exactly mainstream, it’s starting to make its way into the consumer world.

Companies like Shapeways are helping to turn ordinary people into product designers, allowing users to upload 3D models of anything they’ve designed, or customize the company’s own models. Shapeways print them in everything from metals and porcelain, to plastics and sandstone – then post back the finished product. Can’t find the lamp your looking for? Need some new coffee cups?  Why not design and print them yourself?

And if you really get the product design bug, how about investing in your own 3D printer? As 3D printing moves into the consumer space, HP, Canon and Ricoh are jumping on the bandwagon, with the promise of portable, affordable home printers.

Virtual Reality and Augmented Reality struggled for some time to find their way outside the gaming world and into the home. Now, furniture and interiors companies are seeing the value of VR and AR, with many big brands now exploring these technologies to help consumer visualize big-ticket items in your home before purchase.

Ikea launched an AR app four years ago, allowing homeowners to use an iphone or table to superimpose furniture into rooms in their home. Earlier this year home décor company and online marketplace Houzz launched an AR mode in their latest app, allowing users view a virtual products in situ. And shopping giant Amazon recently announced that it is considering the use of augmented reality to sell furniture and appliances, bringing the concept of virtual shopping a step closer.

Smart home technology? You ain’t seen nothing yet!